The Nation’s Most Experienced Bed & Breakfast – B & B Insurance Provider

Wister insurance broker executives pioneered the modern bed & breakfast insurance policy, and it starts with four coverage areas: building(s), contents, income, and liability. From there, each bed & breakfast is unique and may require different insurance options, such as liquor coverage, workers compensation, commercial auto, and so much more.

We Identify, Customize, and Deliver Insurance For Bed & Breakfast Owners

At Wister, we want to earn your business. We understand the value bed & breakfast (B&B) properties bring to the hospitality industry, and we also know the challenges in insuring them. Let us take the time to learn about your special property, review your current coverage, and deliver our best bed and breakfast insurance protection.

The answer is your bed & breakfast.

When you open your doors to guests, you have now crossed into the world of hospitality law and legal terms such as ‘reasonable care’ and ‘assumption of risk’. Our commercial insurance company has over 100 years of personalized service and executive insurance experience, we have seen and defended virtually every liability claim conceivable at a bed & breakfast.

This includes the standard slip & fall, drownings, equine and bicycle accidents, invasion of privacy, assault & battery, and so much more. Our experience is your ally when it comes to making certain your bed & breakfast, B&B insurance for liability exposure coverage is sufficient. Call us today for a free quote from the top business insurance agency.

You have worked hard to turn your bed & breakfast into an income-generating asset, now let Wister protect it.

One Policy Covers Both Commercial & Personal Use of Your Bed & Breakfast

In the past, many bed & breakfast owners were forced to manage both a commercial business policy and a personal policy. Bed & breakfasts do not fit into one insurance category as the guests pose a commercial risk, while the owners fall under personal risk. Wister allows you to manage coverage with one policy.

Exclusion Based Insurance vs Named Perils Insurance for Your Bed & Breakfast

Many bed & breakfast owners are not aware of the difference between the two major commercial insurance coverage forms; special form (all-risk or exclusion based) and basic or broad form (named perils).

The foundation of every b&b insurance contract is the coverage form, what is actually covered?

Named Perils: With a named perils coverage form, the insurance contract will ‘name’ or list what is covered. There are two types: basic and broad.

Broad names everything basic does but adds 4 more coverages – falling objects, weight of snow/ice/sleet, water damage in the form of leakage, and collapse from specified causes.

If your bed and breakfast has a peril and you file an insurance claim, for anything not named above, there would be no coverage. Most b&b owners feel this is a comprehensive list, but the reality is it can be misleading.

Special Form: What Wister offers is labeled special form or an exclusion-based coverage form. What this means is everything is covered unless it is specifically excluded. A few standard exclusions include wear and tear, intentional damage, earth movement, flood, fraud, war, and a few more.

However, special form coverage is far superior versus named perils for a bed & breakfast (B&B) property owner. Not one named peril is excluded, and you receive coverage for things such as spillage of paint or wine, or wild animal damage, as again, if it is not excluded, then it is covered!

Every bed & breakfast (B&B) owner should have replacement cost valuation insurance. What this means is ‘new for old’, without a calculation on depreciation in the event of a loss.

This same example with actual value insurance would not pay for the full cost of the roof. It would calculate the 15-year depreciation, then pay you the difference. Given most roofs have a 20-year life expectancy, you would only be paid 25% of the replacement cost. 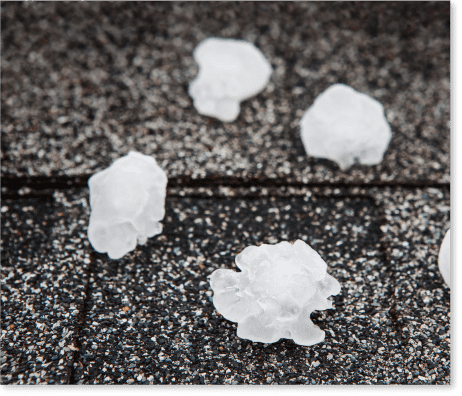 #1 Cannon Beach Oregon is without question most famous for its coastline and Bed and Breakfast patrons have a wealth of options to choose from.  [...]

California is a Great State for Bed and Breakfast Stays

California boasts some of the most beautiful scenery in the United States, if not the world.  With the Sierra Mountain Range running north and south, [...]